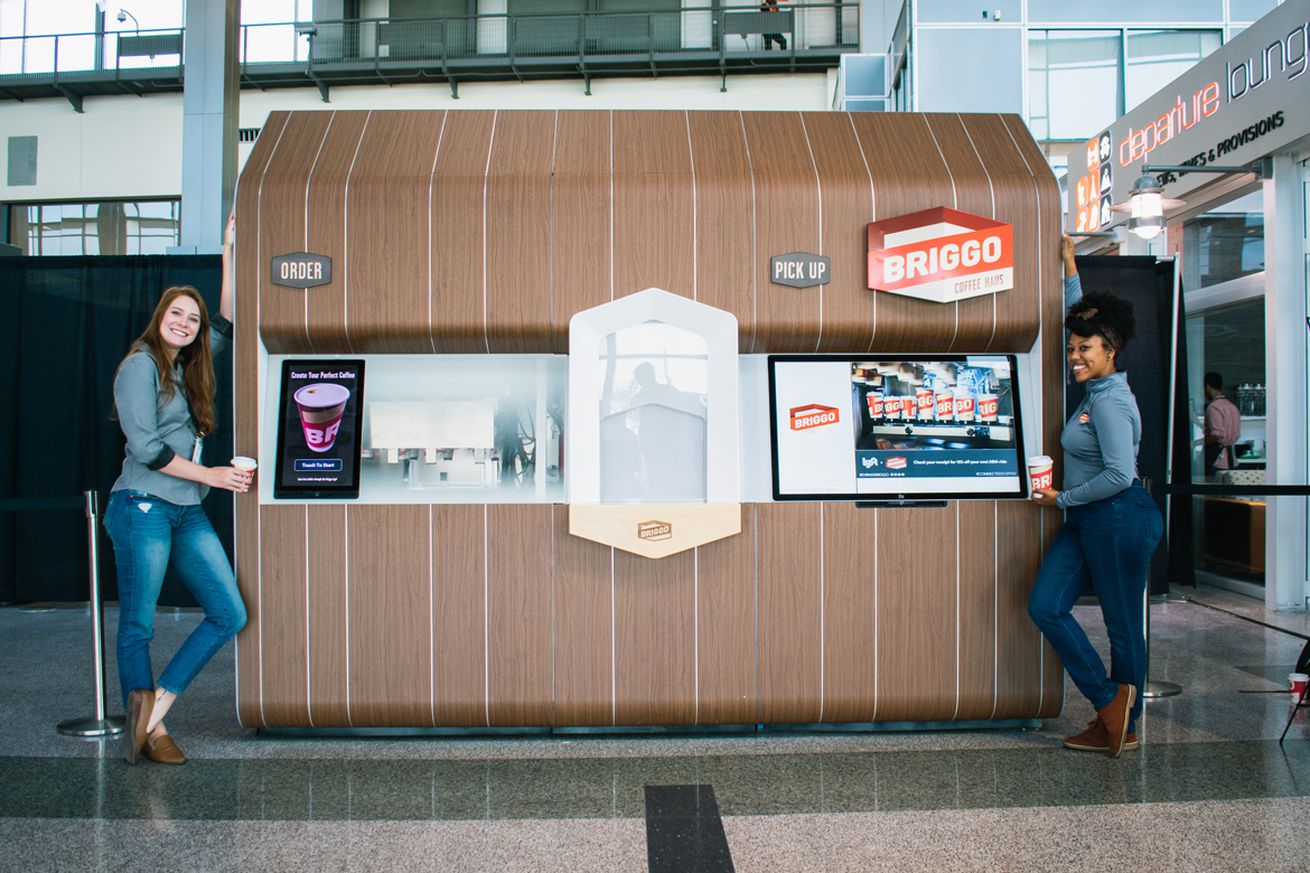 Taiwanese manufacturing giant Foxconn is expanding its controversial Wisconsin presence with automated coffee robots. The manufacturer, known best for helping create the world’s most popular electronics devices predominantly in its Chinese factories, today announced a partnership with a Texas-based company called Briggo, which makes automated coffee dispensers the size of modest mall kiosks mostly for airports and corporate offices. The news was reported by the Milwaukee Business Times.

Foxconn will help the company manufacture its units in its Wisconsin LCD factory, which doesn’t exist yet — and thus produces no LCDs, or any other product for that matter — and which Foxconn has previously claimed it plans to use for a variety of manufacturing purposes.

The factory has come under immense scrutiny these past two years for remaining in a perpetual and chaotic state of Kafkaesque mismanagement. It’s the product of what was two years ago called a landmark contract that is costing the state roughly $4 billion in tax credits, land and infrastructure investments, and other incentives used to lure the company to the Midwest.

Foxconn is now aiming for a 2020 completion date, with the factory expected to be much smaller, and employ far less Americans, than the 20 million square feet and 13,000 jobs originally promised in the contract approved by Governor Scott Walker in 2017. At the time, President Donald Trump also lauded the deal as a victory for domestic manufacturing, with the president breaking ground on the factory site with a literal gold shovel and referring to the project as the “eighth wonder of the world.”

So far, Foxconn has only managed to purchase a series of empty buildings it has dubbed “innovation centers,” and it has continually downsized the scope of its factory plans in the state. The company disputed The Verge’s findings regarding its empty innovation centers, although it has been roughly five months since the company said it would offer corrections on the report.

Apparently, however, automated coffee machines are among the first devices beyond LCD panels Foxconn is intent on trying to manufacture in the US, with Briggo saying its deal includes a manufacturing contract for Foxconn’s Mount Pleasant, WI facilities. It’s not clear when Briggo will start to see its automated coffee houses rolling off the nonexistent assembly lines at Foxconn.

Smart Home Karim Connolly - March 28, 2019 0
Whether you’ve just gotten rid of cable or want to supplement your TV package with online video, now’s an excellent time to buy a...

Thermostats Mike Gerrard - March 12, 2019 0
I’m too deeply buried in R&D right now to fully develop another article on my thermostat but here is some info to add to...

Is Mistral a next-gen mesh network Google Home Hub with ZigBee, or maybe even...

Google Home Sienna Hendricks - April 21, 2019 0
Google appears to be developing a next-generation Home hub that will include mesh Wi-Fi, a ZigBee or thread-based radio and better audio quality according...
Load more