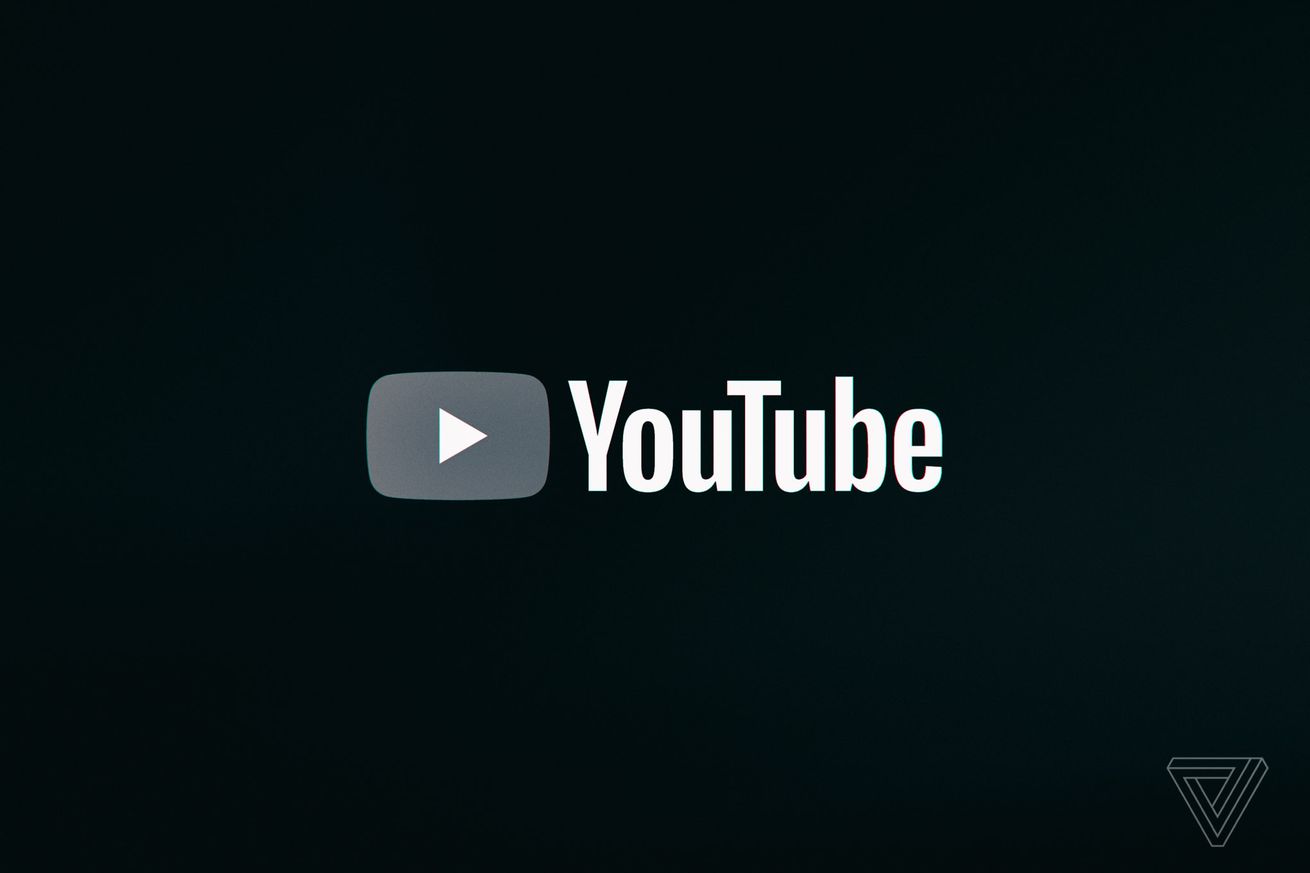 Illustration by William Joel / The Verge

Last night, at an event in San Francisco, I watched the veteran tech journalist John Markoff interview early Facebook investor and Zucked author Roger McNamee. Late in the discussion, the question turned to the progress of regulations against our tech platforms. On one hand, McNamee told the crowd, it feels like nothing is happening. But on the other, everywhere you look you see hints of action. And honest-to-goodness antitrust investigations, which might have seemed unthinkable three years ago, are now underway.

I thought about McNamee’s point this morning while reading about the $170 million in fines levied against Google by the Federal Trade Commission and the state of New York as part of a settlement over alleged violations of child privacy. Here’s Makena Kelly at The Verge:

In the settlement, the FTC and the New York attorney general allege that Google marketed its video platform, YouTube, to advertisers knowing that many channels were popular with younger audiences. It also alleges that the company tracked the viewing histories of children in order to serve them ads, which violates the Children’s Online Privacy Protection Act (COPPA). The $170 million fine is the largest COPPA fine to date, dwarfing the fine TikTok’s parent company received last February for violations of the same law.

“YouTube touted its popularity with children to prospective corporate clients,” said FTC Chairman Joe Simons. “Yet when it came to complying with COPPA, the company refused to acknowledge that portions of its platform were clearly directed to kids. There’s no excuse for YouTube’s violations of the law.”

Observers were quick to point out that, in Google terms, $170 million is a paltry sum — about 37 hours worth of profit, by one estimate. Critics included members of Congress, as Natasha Singer and Kate Conger reported in the New York Times:

Critics of the settlement, including Senator Edward J. Markey, Democrat of Massachusetts, described the $170 million penalty as a slap on the wrist for one of the world’s richest companies.

“The F.T.C. let Google off the hook with a drop-in-the-bucket fine and a set of new requirements that fall well short of what is needed to turn YouTube into a safe and healthy place for kids,” Mr. Markey said in a statement.

Other critics included the two Democratic FTC commissioners, who voted against their three Republican counterparts in an effort to block the settlement. (Here’s Commissioner Rebecca Slaughter’s dissent, and Commissioner Rohit Chopra’s.)

Then again, this is the largest-ever fine issued in connection with COPPA. And it will seemingly require YouTube to make some significant changes to the platform: limiting data collection for videos that appear to target children, ending personalized ads for those videos, and creating a $100 million fund to pay for “thoughtful, original children’s content on YouTube and YouTube Kids globally.”

In other words, just because it’s basically the least that Alphabet can do doesn’t mean it won’t have some positive consequences. Political change, like technological change, rarely happens in great big leaps — most of the time it happens in frustratingly small, iterative changes.

If this whole story sounds very familiar, it’s because we just had basically the same entire discussion about Facebook’s own settlement with the FTC. Then as now, there was a record fine that still looked tiny by revenue standards, a host of critics inside Congress and out — and meaningful changes whose effect we won’t be able to measure for quite some time. (The YouTube changes announced today won’t go into effect for four months.)

The Facebook settlement left me feeling skeptical that the United States government would succeed in reining in tech platform excess. It’s possible to read today’s YouTube news and be just as cynical. And yet I find that I’m not, mostly because there are now so many new shoes out there waiting to drop. A flurry of antitrust investigations are now underway, against Facebook and YouTube, and the latest will reportedly be announced at a press conference next week. And whatever government-mandated changes are coming to the tech platforms, the biggest ones are likely still to come.

Today in news that could affect public perception of the platforms.

Trending down: 419 million Facebook user records were found on an unsecured server. It’s unclear who scraped the data and posted it — it wasn’t Facebook — but it’s not good for public perception.

Trending sideways: Twitter it also had to disable tweeting via SMS after some high-profile hacks, including CEO Jack Dorsey and actress Chloe Metz.

Trending down: In addition to the FTC settlement over Youtube, Google has been accused of using “secret web pages” for ad targeting purposes, in circumvention of the General Data Protection Regulation. The Irish Data Protection Commission is looking into it.

⭐ Google and it industry allies are trying to water down California’s privacy law. Kartikay Mehrotra , Laura Mahoney , and Daniel Stoller report in Bloomberg that the industry is trying to protect digital advertising revenue. (See also this report from earlier in the week by Tony Romm.)

A lobbyist for Google recently distributed new language to members of California’s state legislature that would amend the California Consumer Privacy Act. As currently drafted, the law limits how Google and other companies collect and make money from user data online, threatening a business model that generates billions of dollars in ad revenue. It’s due to kick in next year and there are only a few more days to amend the law.

The lobbying push seeks legislative approval to continue collecting user data for targeted advertising, and in some cases, the right to do so even if users opt out, according to the documents and the people familiar with the negotiations.

The big tech platforms met at Facebook headquarters today to discuss election security. Federal agencies to date have done worryingly little to counteract foreign interference in our elections, but today’s meetings seemed designed primarily to keep the pressure on platforms to do the fighting. (Kurt Wagner / Bloomberg)

Sen. Ron Wyden floated the idea that Mark Zuckerberg should go to prison for “repeatedly lying to the American people about privacy.” (Aaron Mesh and Mark Zusman / Willamette Week)

Facebook published a white paper on how to enable data portability without triggering an inadvertent privacy disaster.

Here’s a valuable report on ways that foreign states and bad actors “source hack” — smuggling false and problematic information into the mainstream by hacking platforms and the press. Spend some time with this one. (Joan Donovan and Brian Friedberg / Data and Society)

Amazon-owned Ring is sharing footage from its video doorbell with law enforcement agencies under terms that go far beyond what is generally told to consumers. (Alfred Ng / CNET)

⭐ Basecamp CEO Jason Fried kicked off a fresh discussion of whether Google’s paid search ads effectively extort businesses by making them to pay to rise to the top of search results. These ads arguably benefit competition — it’s a good way for challengers to get attention — but there’s an icky side of it. Meghan Graham at CNBC:

“When Google puts 4 paid ads ahead of the first organic result for your own brand name, you’re forced to pay up if you want to be found,” he tweeted Tuesday afternoon. “It’s a shakedown. It’s ransom. But at least we can have fun with it. Search for Basecamp and you may see this attached ad.”

The tweet includes the screenshot of an ad for Basecamp, reading “Basecamp.com | We don’t want to run this ad.” The copy says “We’re the #1 result, but this site lets companies advertise against us using our brand. So here we are. A small, independent co. forced to pay ransom to a giant tech company.”

Logan Paul’s sequel to the biggest fight ever on YouTube won’t stream on YouTube. (Julia Alexander / The Verge)

Scammers used artificial intelligence to fake a CEO’s voice and tricked an underling into transferring $243,000 to them. Interesting given some recent op-eds suggesting worries about deepfakes are overblown. (Catherine Stupp / Wall Street Journal.

Other scammers are taking advantage of Hurricane Dorian to impersonate a weatherman and solicit relief on Facebook. (Frank Pastor / Tampa Bay Times)

How social casino games use Facebook’s powerful targeting mechanisms to find gambling addicts and lure them into additional spending. (Reveal)

Stunna Girl’s “Runaway” is the latest song to become a hit on TikTok and propel the rise of its singer. (Lauren Strapagiel / BuzzFeed)

The Jeremy Renner app that I wrote about yesterday is shutting down because it had too many trolls. (Jeremy Renner / Twitter)

Brian Feldman takes us out with a look at Tarrare, an 18th-century French “man who had an insatiable appetite and is suspected of eating a baby.” He recently became popular for no discernible reason.

In terms of meme fodder, Tarrare’s got it all. There’s a medical mystery that can never be solved, a potential murder that can never be solved, body horror, the risqué subject of masticated children, historical value so you feel like you’re learning through shitposting. All of these combine for an end-of-summer online treat. Eventually someone will unlock an optimized Tarrare shitpost that will balance all of these elements and, one assumes, create a wormhole that sucks me into another dimension much like Tarrare (allegedly) scarfed down the baby.

Hope everyone has a good dinner tonight!

Apple / Siri Brendan Dunlap - April 4, 2019 0
Apple's new iPad Air and fifth-generation iPad mini both work with the Apple Pencil, but are limited to the first-generation Apple Pencil rather than...

Smart Home Karim Connolly - May 26, 2019 0
If you’ve got a few smart home accessories you can build yourself a real-world playlist to get your day started. Make getting out of...