Eve Systems, formerly known as Elgato, has been making its Eve line of HomeKit products since HomeKit was first announced, and it was in fact one of the first companies to come out with HomeKit devices. 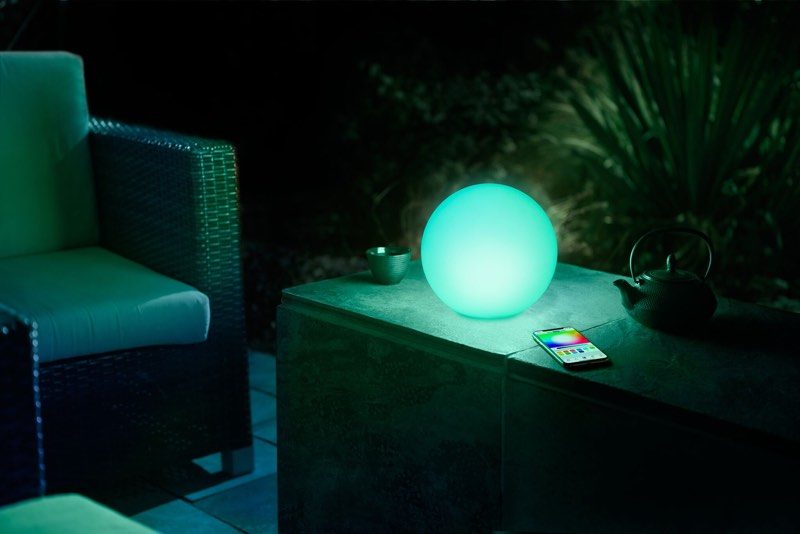 The Eve Flare is a sphere-shaped LED lamp that reminds me a lot of the white FADO lamps from Ikea. I’ve used Ikea’s lamps for years with my Hue bulbs, so I expected the Eve Flare’s sphere-shaped form factor to look great with colored and white light alike and I was not disappointed. 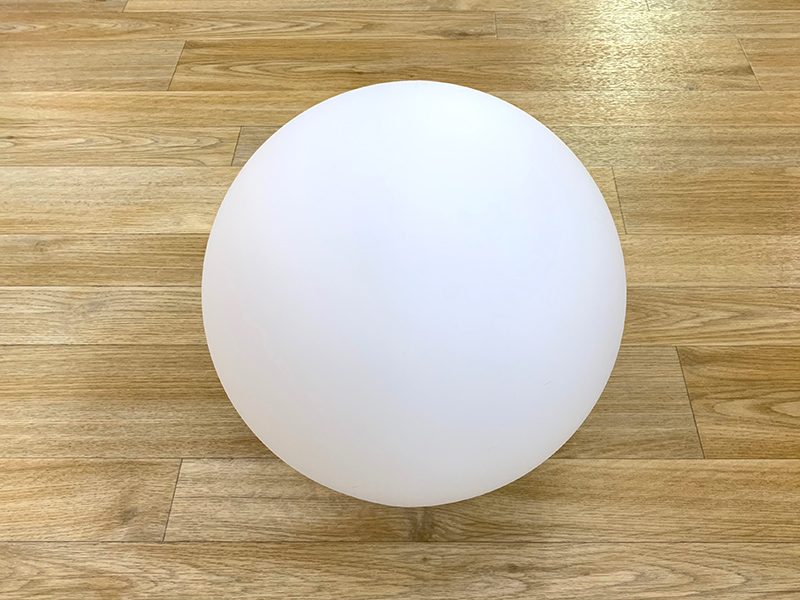 Ikea’s FADO lamps are made of glass with a plastic base, but the Eve Flare assembly is all plastic because it’s meant to be portable. A plastic design makes it lighter weight and safer to move around than glass. There is a seam that I can feel at the top of the Flare where the two halves come together, but it’s not very visible when the light is in use. 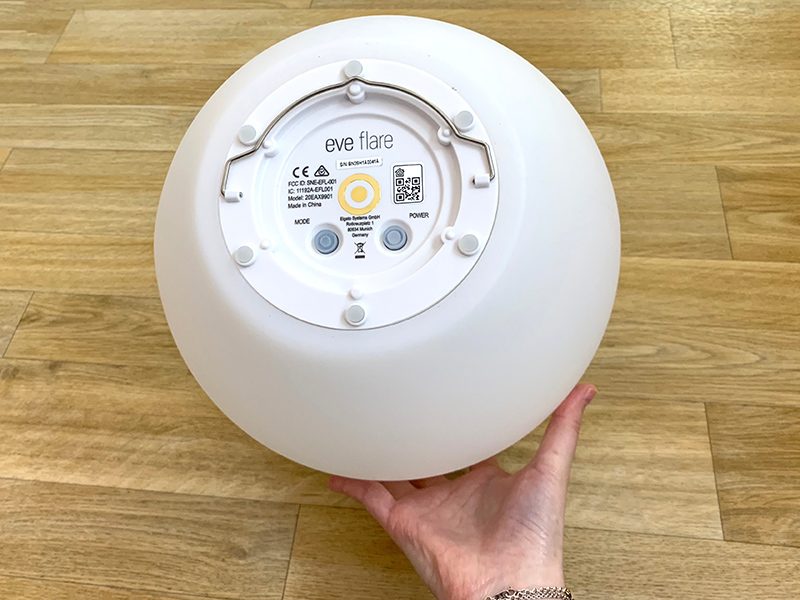 There’s one flat side on the base of the Eve Flare that allows it to sit flat on a table and charge on its included charging base. You can use the Eve Flare while it’s on the base, but you can also pick it up and take it with you outside, in the bath, next to the pool, in the kitchen, or wherever else you might want portable mood lighting. It’s kind of similar to the Hue Go in regard to portability, though the Flare is larger and not as bright. 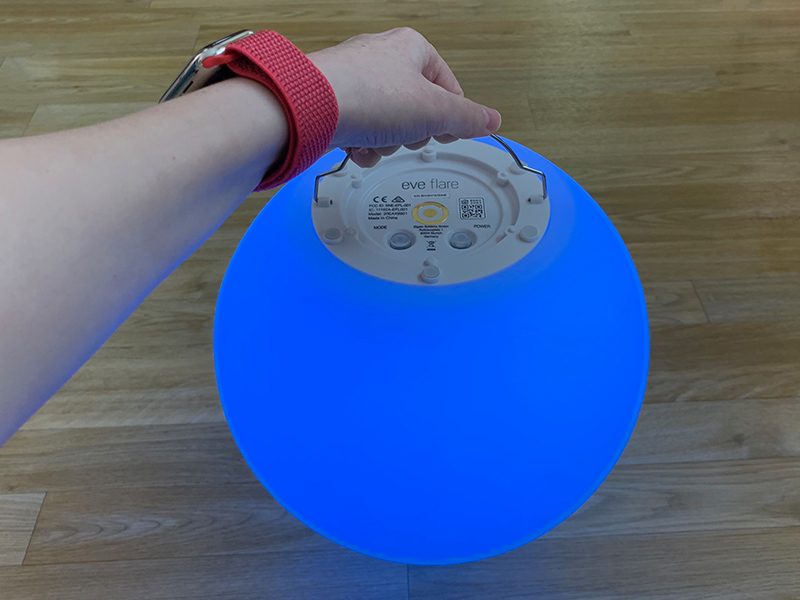 The Eve Flare has impressive battery life. Eve says that it will last for up to six hours, but I assume that’s at maximum brightness. I set the brightness to about 40 percent and the Eve Flare lasted well over 24 hours. I took it off the charger at 9:40 a.m. and when I got up the next morning, it was still on. It didn’t die until the next day at 6pm. Battery level can be checked in the Eve app. 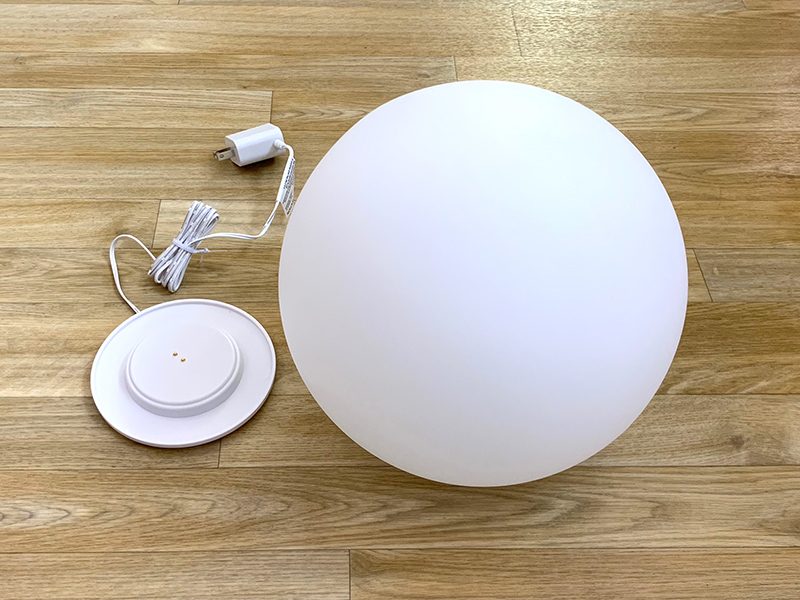 Eve designed the Eve Flare to be IP65 water resistant, which means it’s able to hold up to multi-directional low-pressure water jets for at least 15 minutes. This basically means that it can be used in the rain, poolside, near the bathtub, and in other areas where it might get splashed or a bit wet, but you’re not going to want to submerge it.

I don’t necessarily recommend it, but I took the Eve Flare in the shower to test it a few times, and it had no problem with the moisture and splashes in there. 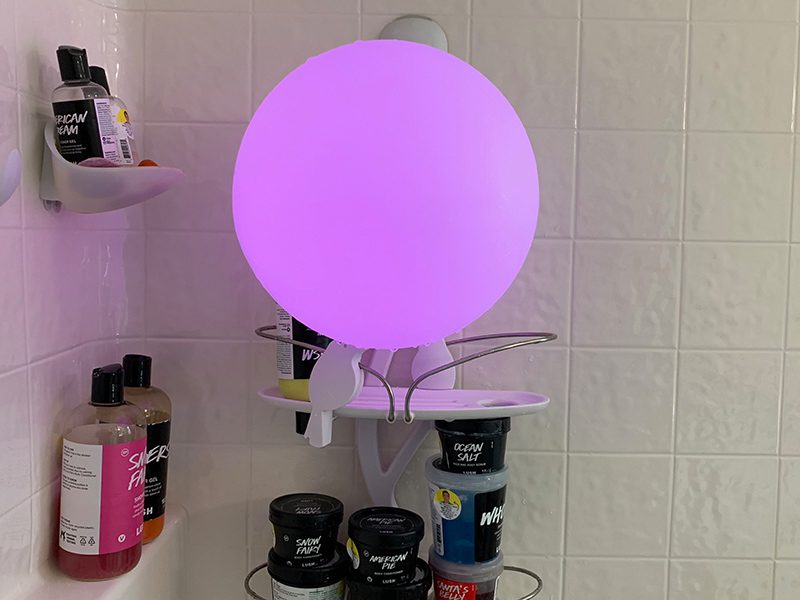 The Eve Flare is on the larger size, which make it a little inconvenient to carry, but at the base, there’s a little metal handle you can use for both carrying and hanging the light up on a hook if you want. The handle isn’t particularly comfortable to hold because it’s metal, but it’s sturdy when hung up on something like one of those 3M adhesive hooks. 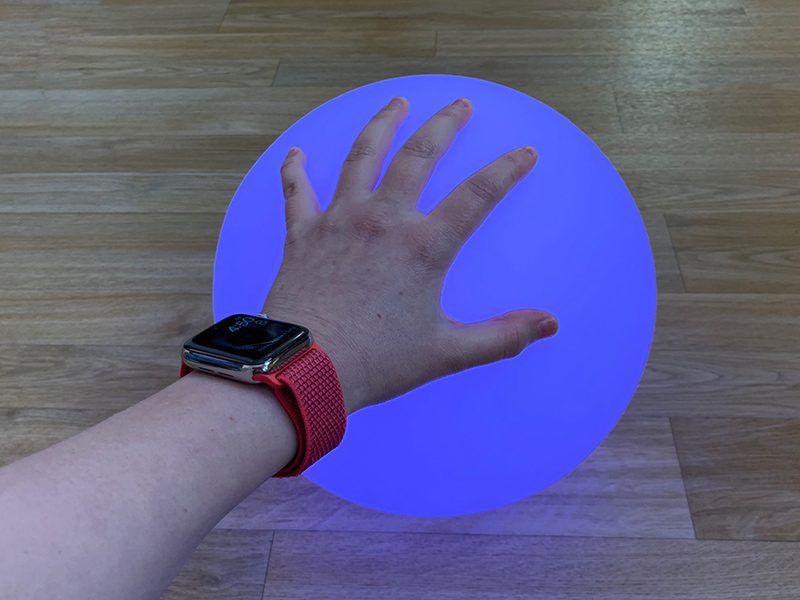 There are two physical control buttons at the bottom of the Eve Flare. One for cycling through the colors you have set as favorites in the Eve app and a second for turning the power on and off. There are no options for setting up color palettes and automatically shifting between colors, unfortunately.

While Eve’s other lighting product, the Eve Light Strip, connects to HomeKit using WiFi, the Eve Flare uses a Bluetooth connection. Connecting it to HomeKit was a matter of opening up the Eve app, making sure the lamp was turned on using the power button at the bottom, and then scanning the code. The connection is quick with no WiFi steps since it’s Bluetooth.

I had no issues with the Eve Flare’s connection while testing it, but I did notice that when controlling the light with the Eve app, there were occasionally some delays between when I selected a color and when the color changed, likely because of the Bluetooth connection. 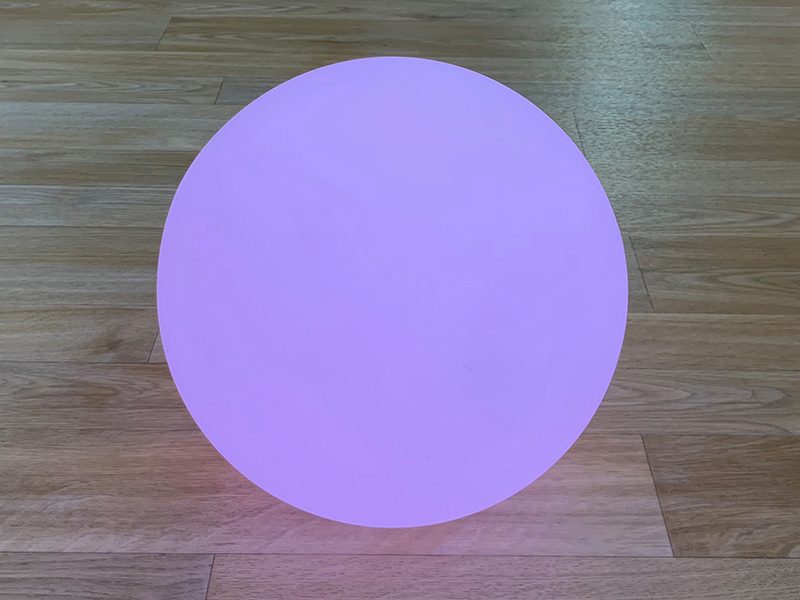 I didn’t see the same delays when using the Home app or Siri to change the color when I was close to the Eve Flare, though there were one or two times Siri told me the Eve Flare was unavailable.

When further away from the Eve Flare, like in another room, it is slower to respond over Bluetooth to HomeKit commands and to changes made in the Eve/Home app, but it still works. On the whole, the Eve Flare was reliable and responsive to Siri and app commands, though I’d warn anyone planning a purchase to expect a short delay here and there.

The Eve Flare isn’t a bright lamp and it’s not going to be able to replace a traditional table lamp, but it provides nice mood lighting when you don’t need a lot of light. It’s suitable for a bedside table at night, for example, or as relaxing outdoor/nighttime lighting.

It’s designed to be used in conjunction with other lamps rather than as a standalone lamp. It’s not, for example, as bright as my Ikea FADO lamp with a Hue bulb inside, but it does offer rich, vibrant colors. It produces accurate colors, including purples and blues, which some of the Hue bulbs still struggle with. 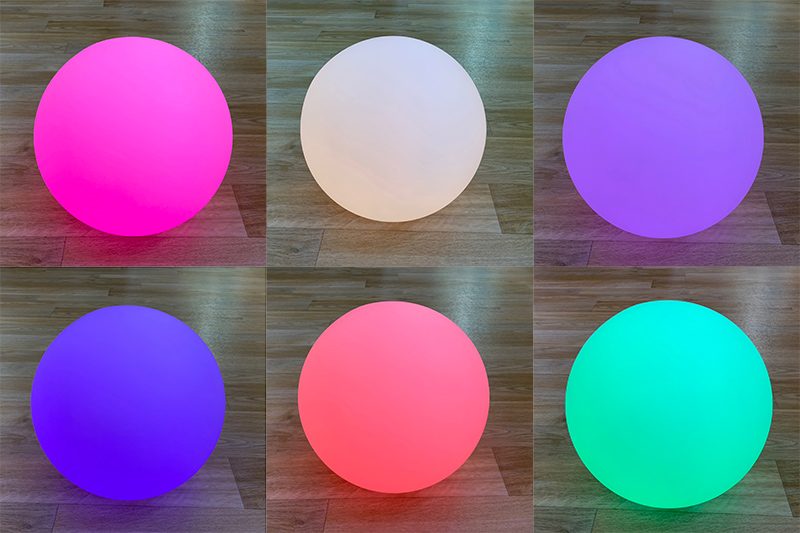 The Eve Flare’s colors are saturated and it looks so pretty on a table that I can forgive the fact that it’s not super bright. It’s also worth noting that it’s brighter on its charging base than off, something that Eve says is normal. 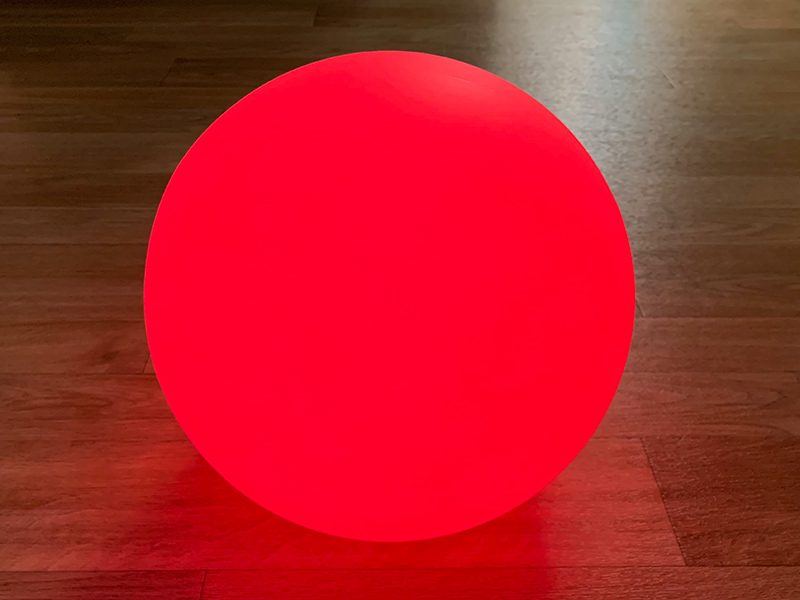 Eve Flare can replicate most colors accurately, and, in fact, it can do some shades better than Hue bulbs can (especially older Hue bulbs), like purple, green, and blue-green shades. Colors look more true to life and vivid in dark rooms, but it can also be used as accent lighting in a well-lit room. I thought it was a bit weak on the deep reds and oranges, but overall, the colors are vibrant and saturation/shade can be adjusted with brightness controls.

The Eve app is one of the better third-party HomeKit apps that are available, with a clean, intuitive layout that makes it easy to see and control all of your available HomeKit products. Eve’s app is actually my go to when I need to do something that I can’t easily do in the Home app, like see all scenes at a glance. 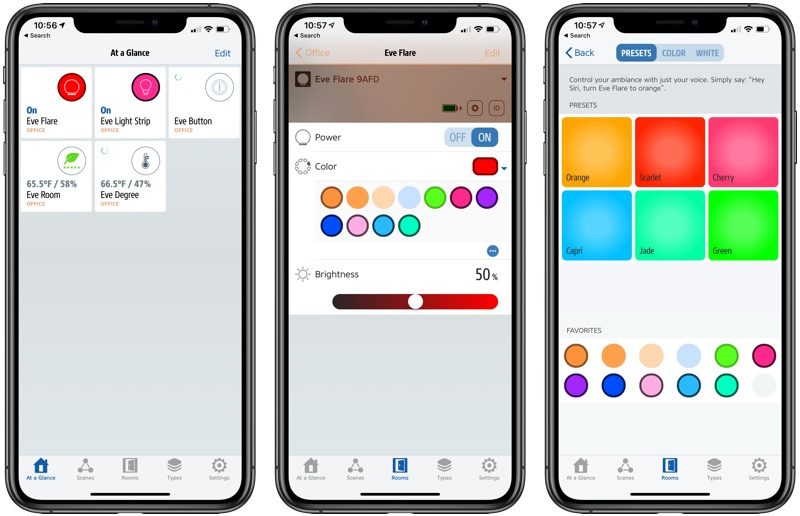 For the Eve Flare, there are in-app controls for turning the accessory on or off, adjusting the brightness, or changing the color. There are some simple pre-set colors that can be adjusted so you can save your favorites, and there’s an easy access color wheel for choosing whatever color you like. 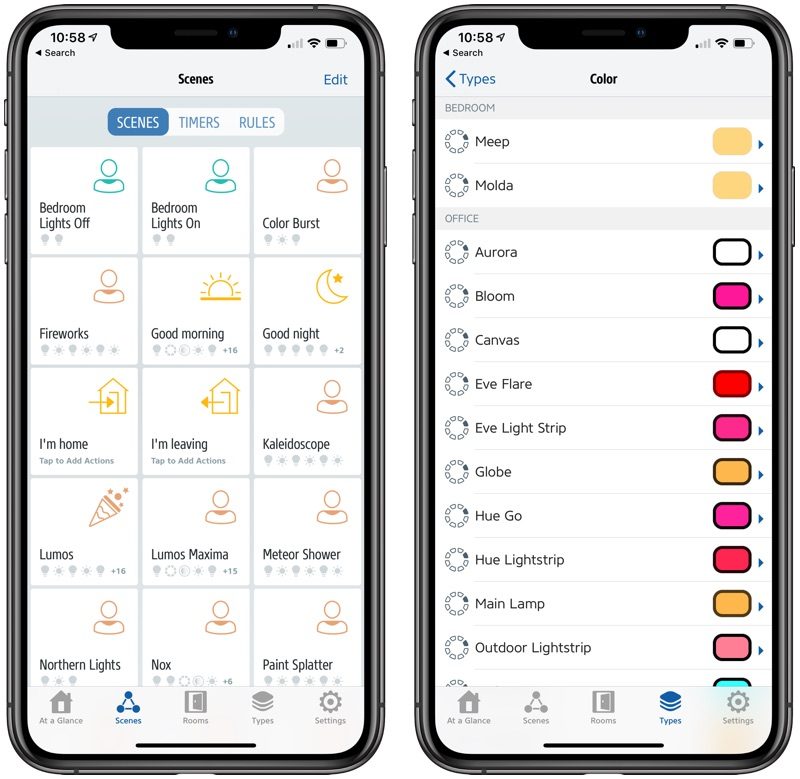 In addition to adjusting the Eve Flare’s settings, you can also use the Eve app to incorporate the Eve Flare into HomeKit scenes with other HomeKit products or create automations, such as having the light set to come on at a certain time or swap to a specific color at a specific time.

Eve Flare works with HomeKit, so you can include it in HomeKit scenes and automations. You can also control it with Siri commands, which is something that I often do with the Eve lights since I can’t control them alongside my Hue lights. 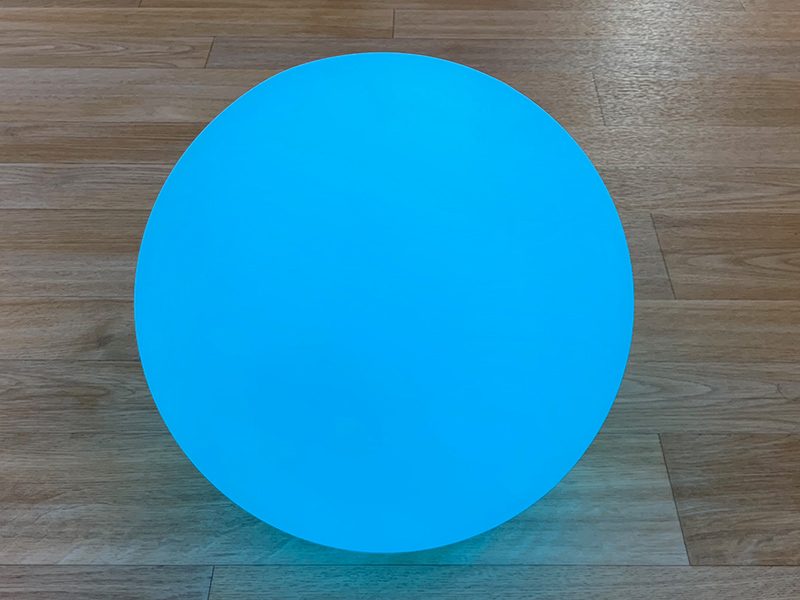 I use Siri voice commands for turning the Eve Flare on and off, dimming it, making it brighter, and changing its color. You can say things like “turn the Eve Flare magenta,” or “turn the Eve Flare aquamarine” to change the colors. There are a whole slew of color options that work with Eve Flare (and similar lights), with some examples available here. 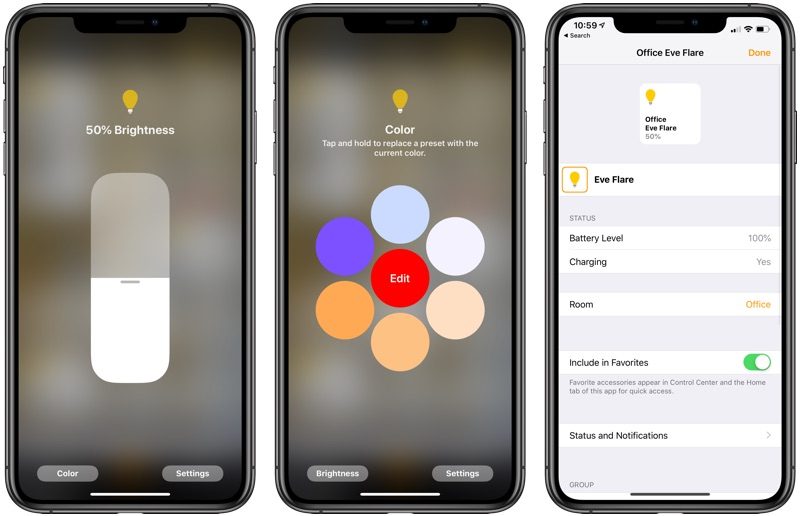 Eve Flare looks impressive as an accent light in the home, but it’s expensive at $99. It can’t quite replace a traditional lamp (unless you don’t mind rather dim lighting), but for mood lighting, it’s fantastic.

You can get a similar look with an Ikea FADO lamp ($25) and a HomeKit-compatible smart bulb that does colors, and some of these bulbs are quite a bit cheaper. You could probably get this setup for somewhere around $50 to $60 using a cheap colored HomeKit bulb, but the Eve Flare is portable, battery powered with a long battery life, and water resistant, all features that make the extra cost worth it. 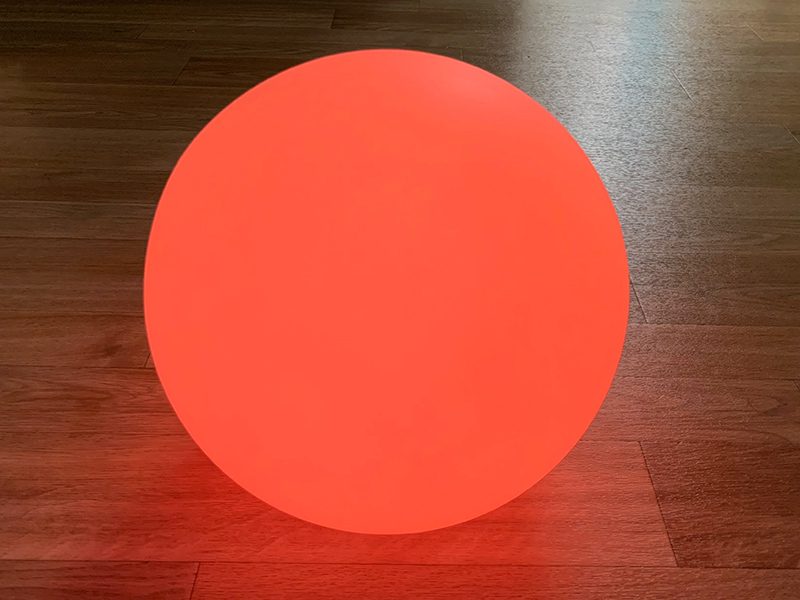 If you’re looking for a HomeKit-connected accent light, I don’t think you’ll regret getting the Eve Flare, but do be aware that this is a Bluetooth light and there can be some slight delays in response at times (generally when first opening up the app to change the color after a long period of time).

In the future, I think it’d be great if Eve added more automation, such as an option to have the Flare cycle through different color modes automatically without having to manually change the colors or create complicated HomeKit automations.

Eve Flare can be purchased from Amazon.com or the Eve website for $99.95.

Note: Eve provided MacRumors with an Eve Flare for the purpose of this review. No other compensation was received.

Smart Home Karim Connolly - April 25, 2019 0
With so many people wanting to share their tunes with friends and family wherever they happen to be, it’s no wonder that small, battery-powered,...
Load more