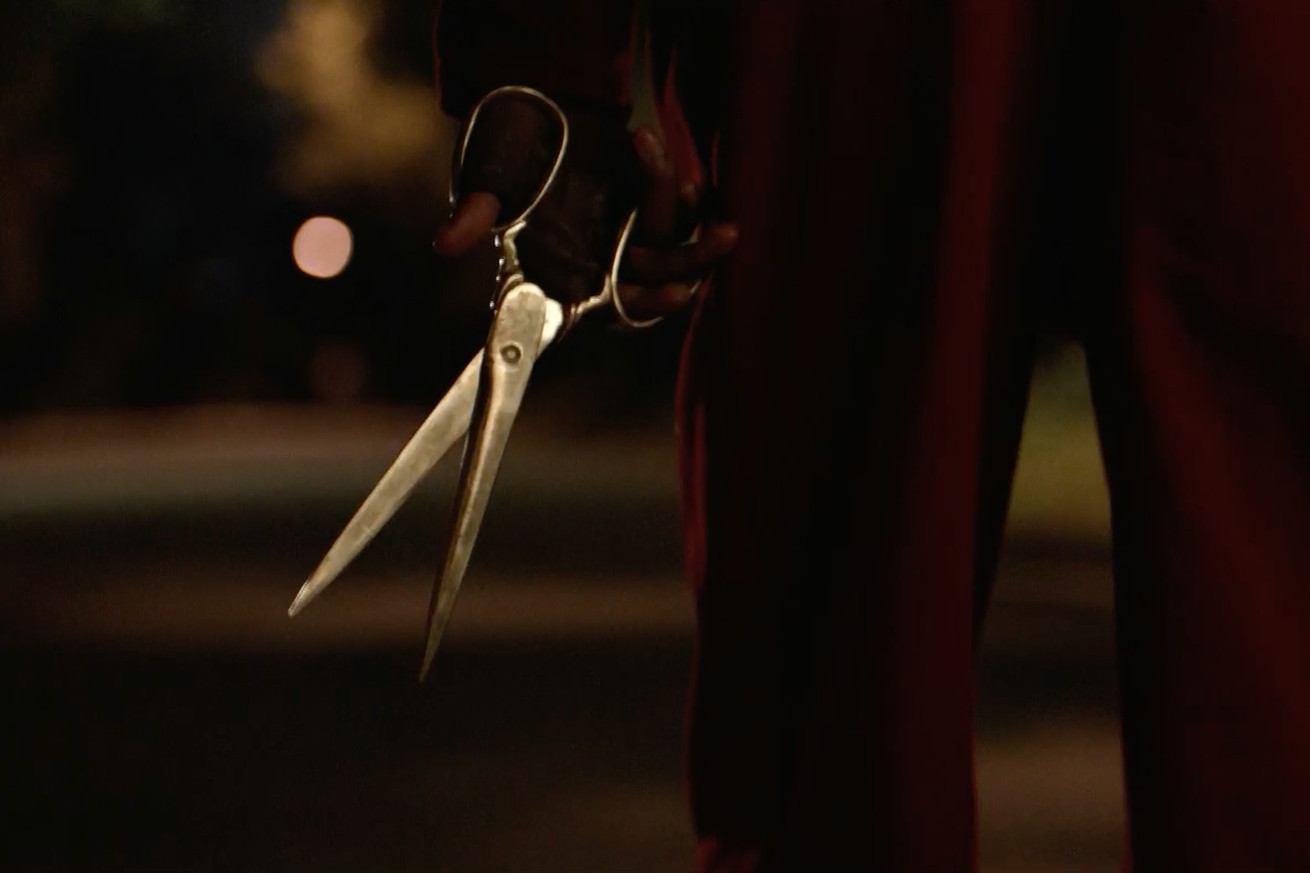 If you haven’t seen Jordan Peele’s new horror movie Us, I apologize for spoiling one minor plot point: the film features a smart speaker. We’re going to be discussing much bigger spoilers below, so you might want to avoid reading further.

If you have seen Us, you probably remember “Ophelia,” the Amazon Alexa-like voice assistant that plays a key role in one of the film’s most darkly funny scenes. Ophelia is good at playing music, but not great at interpreting commands — which becomes a problem when a character frantically tells Ophelia to call the police, only to discover that Ophelia has misheard an order to play N.W.A.’s “Fuck Tha Police” instead.

The Ophelia speaker helps establish its owners, the mostly unsympathetic Tylers, as a yuppie family with a penchant for useless high-tech toys. In Us, the joke is that Ophelia can’t understand the Tylers’ requests or the fact that they’re fighting for their lives against a group of doppelgängers. If it worked like the Echo or Google Home, though, Ophelia would have been useless even if it understood the request perfectly. Most smart speakers can’t call the police, and there’s been a long debate over whether they should.

Smart speakers — even ones that let people make phone calls — generally don’t support emergency or 911 calling for technical and regulatory reasons. As The Wall Street Journal explained last year, devices like Alexa and Google Home don’t offer the same location details as a mobile or landline phone, making it harder to route and respond to emergency calls. They also generally don’t have their own callback numbers, and their manufacturers don’t pay the monthly 911 surcharge that’s tacked onto ordinary phone bills. (Services like Skype usually can’t place emergency calls for the same reasons.)

There’s huge promise in a system that lets people dial emergency numbers when they can’t reach a phone — especially for people with mobility issues. But adding 911 service would require clearing some FCC hurdles, and the Journal wrote that spotty internet service could make the service unreliable. Most people already have phones, and in many cases, they’re better off using a system that’s known to work than experimenting with something new.

Smart speakers also raise serious privacy concerns. They collect huge amounts of data that can be requisitioned by law enforcement — late last year, a New Hampshire judge ordered Amazon to turn over Echo recordings related to a double murder case. Amazon has also sent one user’s Echo voice recordings to someone else, and the Echo has recorded private conversations after being accidentally activated. Wired has speculated that smart speakers could end up being subject to “mission creep” if they’re linked to emergency services, expanding from simple 911 calls to preemptively detecting dangerous situations.

Smart speakers can tell you the numbers for intimate partner violence or suicide hotlines, even if they can’t directly make a call

For now, though, that particular concern seems far away. It’s true that in at least one incident, Albuquerque police publicly thanked Alexa for calling emergency services. But experts said this would have required an unusual and convoluted series of events, and the police admitted that they weren’t sure exactly what had transpired.

There are some exceptions and workarounds. The Amazon Echo Connect specifically hooks into a landline and acts as a voice-controlled speakerphone system. Alexa skills like “Ask My Buddy” can let you alert a friend who can call 911 for you. Siri can dial emergency services on the iPhone — sometimes a bit too easily, as many people who have accidentally told it to dial an emergency number found out. And smart speakers can tell you the numbers for intimate partner violence or suicide hotlines, even if they can’t directly make a call.

“Ophelia” isn’t Alexa — maybe because using a real smart speaker in an unflattering light could create legal hassle, or maybe because it would have felt too much like splicing an Amazon commercial into the middle of the movie. And in fairness, when I asked an Echo to call the police last night, it just looked for a (nonexistent) phone contact called “Police” instead of blasting “Straight Outta Compton.”

But Ophelia mirrors the false sense of security that real smart speakers can provide, just as horror films often play on our concerns about modern technology. In the Albuquerque incident above, a recording apparently did capture someone asking Alexa to call 911. It’s just that Alexa, as far as we know, wasn’t in a position to help.

Apple / Siri Brendan Dunlap - April 12, 2019 0
A couple of weeks after Apple shipped its second-generation AirPods, the company’s Beats division is finally making its own entrance into the...

Smart Home Karim Connolly - April 13, 2019 0
The Stringify app lets you combine services and gadgets to create flows. The buyers of smart home gear woke up on Monday to some pretty...
Load more